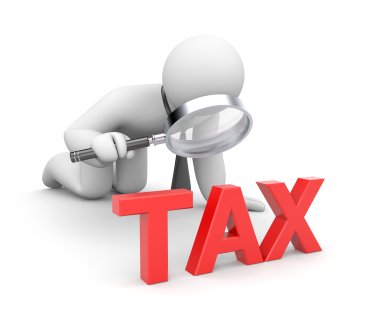 Australian tax residents are taxed in Australia on their worldwide income. While most do the right thing and declare all their income, some try to avoid paying tax by exploiting secrecy provisions and the lack of information-sharing between countries. As the world becomes more interconnected and barriers are broken down, it is inevitable that there are fewer places for the unscrupulous to hide from tax.

With the rise of the global economy and the easy flow of money across borders, no country is immune to international tax evasion and money laundering. A recent coordinated effort with Joint Chiefs of Global Tax Enforcement (J5) shows that member countries, including Australia, are doing all they can to protect their tax revenue. This most recent investigation yielded evidence of tax evasion by Australians using an international institution located in Central America.

Tax chiefs from the J5 countries met in Sydney on 17–21 February 2020 to share information about common mechanisms, enablers and structures that are being exploited to commit transnational tax crime. The J5 was initially formed in 2018 to fight global tax evasion and consists of the tax and revenue agencies of Australia, the United Kingdom, the United States, Canada and the Netherlands. The countries share intelligence on international tax crime as well as money laundering.

The current international investigation started on information obtained by the Netherlands, which led to a series of investigations in multiple countries and concerned an international financial institution located in Central America whose products and services are believed to be facilitating money laundering and tax evasion for customers across the globe.

J5 members believe that through this institution, a number of clients may be using a sophisticated system to conceal and transfer wealth anonymously to evade their tax obligations and launder the proceeds of crime. The enforcement action consisted of evidence, intelligence and information-collecting activities such as search warrants, interviews and subpoenas.

According to the ATO, several hundred Australians are suspected of participating in these arrangements. The ATO is currently proceeding with multiple investigations with support from the Australian Criminal Intelligence Commission (ACIC). In addition, it is encouraging anyone with information about the scheme or other similar arrangements to contact the ATO.

ATO Deputy Commissioner and Australia’s J5 Chief, Will Day, has said, “this multi-agency, multi-country activity should degrade the confidence of anyone who was considering an offshore location as a way to evade tax or launder the proceeds of crime”.

While the J5 is a powerful tool, it is by no means the only one in the ATO’s arsenal. The ATO also has a network of international tax treaties and information exchange agreements with over 100 jurisdictions and uses them to identify facilitators such as banks, lawyers and financial advisers. Once a pattern has been identified, such as a practitioner with a large number of clients using the same methods to avoid or evade tax, the ATO is likely to look closely at the entire client base.

In recent years over 2,500 exchanges of information have occurred, enabling the ATO to raise additional tax liabilities of $1 billion. The message from the ATO is that anyone with offshore income or assets is better off declaring their interests voluntarily. Those who do so may have administrative penalties and interest charges reduced.

It’s important to keep in mind that holding offshore assets is not just for the wealthy. Australians with migrant backgrounds may not even know they hold offshore assets in some cases, but those assets are still subject to tax law. For example, grandparents or other relatives may start a bank account in an Australian’s name in another country to make contributions celebrating a holiday, birthday or other life event.